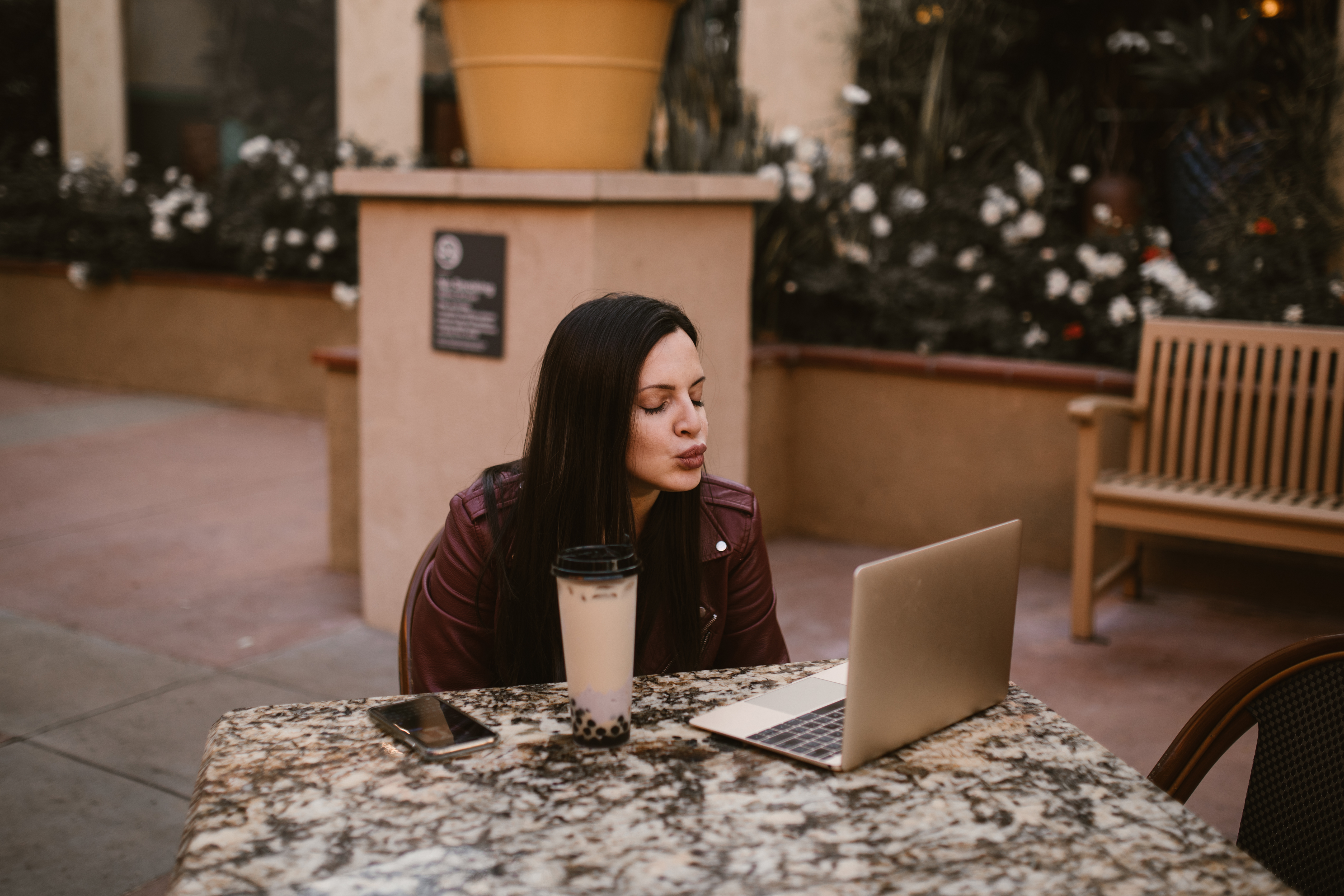 Vedic Astrology is part of Astronomy. It begins where Astronomy ends. The planets that revolve around the sun also create a serious impact on the lives of people on earth.

To understand an individual’s horoscope, the 9 planets of the zodiac form the most important criterion. But it mainly depends on where these planets are placed relative to each other.

Alternatively, each of the planets also symbolizes some very important things in life.

Just as an example, the planet Venus in astrology is the symbol of love and when well placed it brings love and happiness into a person’s life. In the same way, if the planet Venus is associated with malefic planets, or if it is located in a house that is not profitable, then some love life challenges are likely to arise.

Let’s go over some of the most basic ways to find out planetary force. These are by no means exhaustive, but they would still give us a great idea of ​​how a particular planet would affect us positively or negatively.

A number of other factors also come into play and these would include the aspect and conjunction of other planets, and also the particular Nakshatra that the planet is on.

But the following would be the basic ways to access the force of a planet.

In a very general way, the Moon, Venus, Jupiter and Mercury are considered beneficial planets.

While the Sun, Mars, Saturn, Rahu and Ketu are considered malefic planets

But each planet has its own qualities and being beneficial and malefic has a lot to do with where the planet is in one’s horoscope.

In Vedic astrology, houses are also divided into favorable and unfavorable.

The closeness of the planets, the general character of the planet and the location of the planet in a particular House of its Natal Chart, together constitute its strength and weakness. Therefore, planets alone are neither strong nor weak, and therefore we cannot point out that one planet is the strongest among all. If a particular planet is placed in the right house, it can improve your life and bring in all the riches, fame, glory, and the things that mean the most to you, making it a stronger planet for you. In the same way, it is “One for each”.

Now we will define some characteristic features of all the planets that are considered when studying Astrology. Planets have certain specific traits of their own, however, when in conjunction with other planets, it can also be influenced by other planets. The location of the planets is therefore of great importance.

Sun: The sun is the atma (soul) of all planets and also of human beings. He is the King of all planets and therefore possesses several positive traits such as being a father figure, has immense strength, is self-respecting, fair and authoritative.

What planet Sun overlooks is physical health and vitality. So the way an individual projects himself into the world really depends on the sun planet.

But if the Sun is weak in an individual’s horoscope, the constitution could be weak and the person runs the risk of becoming self-centered.

Moon: The moon is related to the mind. She acts like everyone’s mother and imparts love, reassurance, positivity, and emotions. The moon is money. It also represents water and vegetation. It is closer to planet earth and that is why it affects us a lot.

The moon planet is the ruler of one’s appearance and emotions. With the moon well placed, the individual is happy and the moon generates a greater degree of social and physical attractiveness.

This, in turn, brings success in life, since a happy person would integrate very well with others.

But this is in contrast to a moon that is not well positioned and could cause anxiety or depression, or even difficulties.

Mercury: Mercury represents intelligence. People with a strong Mercury location in their birth chart are entrepreneurial minded, have better understanding power, can think logically, are good at math, are agile, and alert. It also represents speech and other matters related to it.

Mercury is the fastest planet in the solar system. It governs our intelligence and also influences our ability to communicate.

Some of the characteristics of people who have the planet Mercury in a privileged position include the ability to speak, write and teach.

However, if the planet Mercury is weak or affected, this would negatively affect an individual’s capabilities in these areas. This could even translate into a harsh speaking style at times.

Venus: Venus represents love relationships and business. It improves your sex life, lifestyle and brings money and prosperity of all kinds.

While Venus is the planet of love, it also represents women in general. Venus symbolizes the art of beauty and socializing, and the planet basically represents all the good things in life.

When Venus is strong in one’s horoscope, it bodes positively for marriage, as the couple finds fulfillment in their life and also develops an appreciation for the arts.

But if the planet Venus in one’s horoscope weakens, it could cause some kind of disharmony in relationships. You may even face a difficulty relating to others.

The planet Mars is the planet of athletes. It means action. And with the planet Mars, we could get to know how much initiative an individual has to bring about changes in his life.

But when Mars is in distress, the person could end up being the type of guy who fights too much.

Jupiter: Jupiter is known as Guru, the teacher. Jupiter-influenced people are spiritually intelligent and knowledgeable. Jupiter supports love, relationships, and travel. It represents the wisdom and education of the person. One is also inclined to do good to humanity.

Jupiter is a great beneficiary and symbolizes wisdom, religion, and expansion.

The planet Jupiter also tells us how much wealth a person would earn during their lifetime.

With a strong Jupiter in their birth chart, the person is likely to be a well-educated person who is doing well.

Sometimes when Jupiter is in distress, material prosperity does not come.

Saturn: Shani is a hermit and represents old age, poverty and life. It is a critical planet, and the person with a strong Shani can do good in politics, business, and other such sectors that demand his self-confidence. Whoever has a strong Shani is a worker, has power of himself and is successful in life.

Saturn is the planet of loss, but nevertheless it helps us understand our limitations. It helps us recognize the issues where we cannot make a difference.

Saturn is the ruler of discipline and hard work. It’s about responsibility, longevity, and loss that Saturn teaches us.

When one is blessed with a strong Saturn in their birth chart, the individual can be expected to be committed and with a dedication to the rules and traditions.

However, a distressed Saturn could make you undisciplined or even irresponsible.

Uranus: Uranus has all the traits of Mercury, however, it is much more forceful or severe. We can call it the improved version of Mercury. It denotes extreme knowledge and intelligence, or extreme (drastic) changes that one may experience. It also denotes modern technology, hypnotism, and black magic.

Uranus turns out to be a mysterious planet and signifies a phenomenon that is unpredictable or unusual. When Uranus figures prominently in an individual’s birth chart, it pays deep attention to their originality and freedom.

With favorable Uranus, the intellect is sharp and the person is possessed by the desire to be unconventional.

Neptune: Neptune is the improved version of Venus. Denotes intuition, beauty and social life. It is also known to create confusion in the house where it is located.

Neptune, in many ways, could be seen as the inverse of the planet Saturn, which is steadfast and impassive. The planet is idealistic, but sometimes it can end up being an escapist.

If the planet Neptune is balanced, the individual is known for his beauty or public image. However, a badly placed Neptune could bring a person closer to illusions in life. You can even develop problems with drugs or alcohol.

Pluto: Pluto works on a large scale. One may find that great things (good or bad) happen to them. It is a recently discovered planet. It is related to mass, social and spiritual life and political events.

The planet Pluto is known to magnify the effect of any planet it touches. While Pluto is associated with power, it does so in a total or compulsive way.

The planet Pluto is also known to operate below the surface.

When Pluto is well placed, one has greater power over others and enjoys greater wealth.

But a badly aspected Pluto can cause suffering.

Rahu: Rahu represents the ascending north node and affects the moon the most among the planets. It brings name and fame, sudden changes, trips abroad, to name a few. It also helps cure diseases.

In general, the planet Rahu is considered evil, however, when affiliated with beneficial planets, the planet Rahu brings success and also great wealth. It could even pave the way for refined arts or scientific discoveries.

But when Rahu is affected, it could also cause evil effects. This largely depends on which planet you are best connected to.

Ketu: Ketu represents the descending south node and affects the sun more. He is worshiped for spirituality and also works for changeable events, accidents, and relationship breakdowns.

Ketu, just in front of the planet Rahu is the point where the Sun’s orbit intersects the moon’s lower orbital path.

Like the planet Rahu, Ketu is also considered malefic. But it could offer a very positive boost to an individual’s horoscope when combined with favorable planetary setups.

Planet Ketu possesses the ability to lead people to the kingdoms of the world.

All the planets of the zodiac have their own meaning in astrology and can lead a person to Rags or Riches depending on their location, their conjunction, the signs of the zodiac and Nakshatras. However, the harmful effects of the planets can also be lessened to some extent by implementing certain remedies. One can appease the ruling deity and surrender and can achieve love, health, wealth, prosperity, abundance and all the things that mean a lot to you.