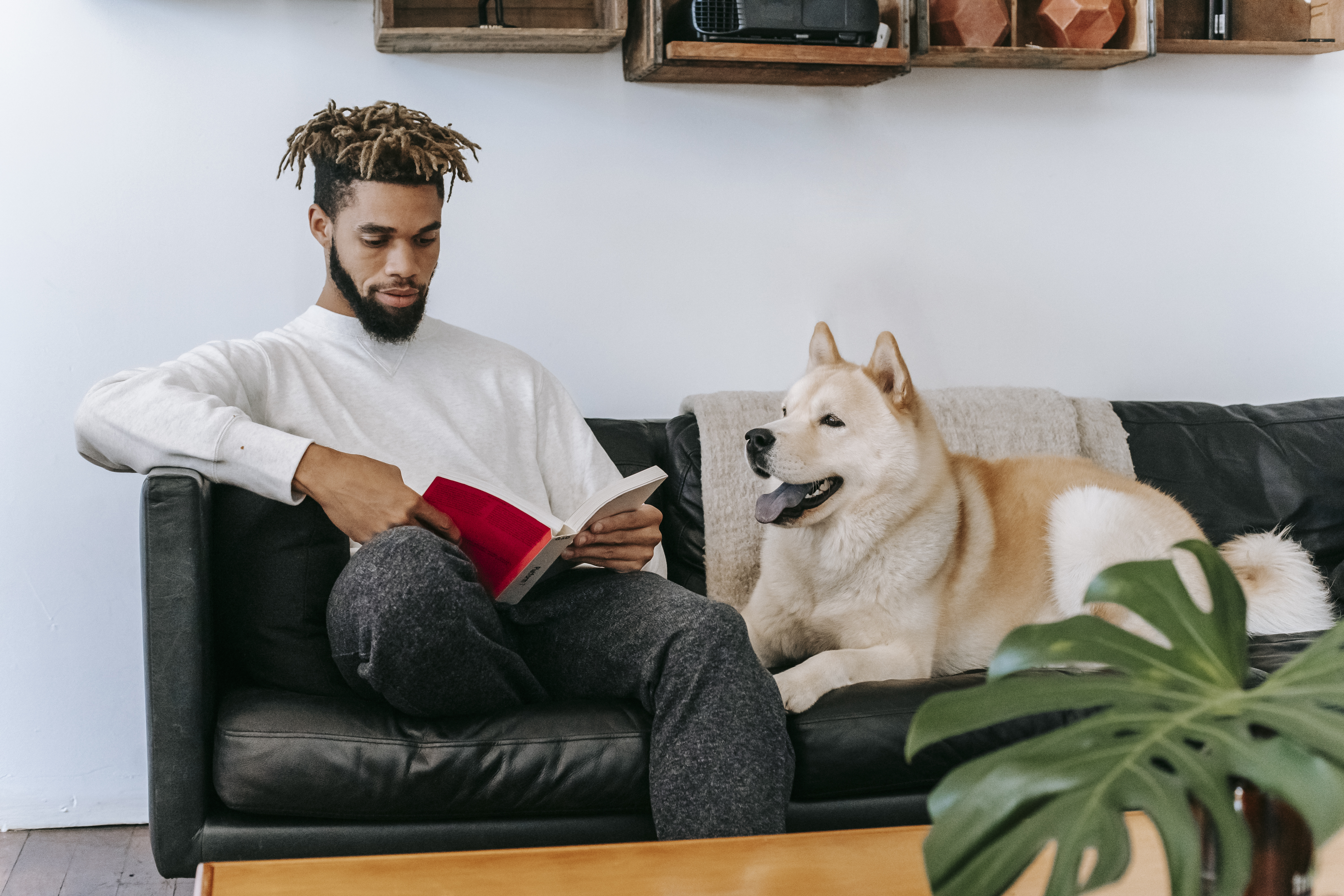 Who needs a partner?

We all do. Humans are social animals. Unconsciously we long for company. What we cannot get from our fellow humans, we get from our “pets.” But in reality, our “pets” are defined in terms of cats and dogs. It is difficult to hug an iguana, a spider or a snake.

Humans domesticated dogs thousands of years ago. We did this by raising dogs in a domestic life where they never grow up – they spend their entire lives as dependent puppies. Dogs have been bred to instinctively understand that humans are, in general, the source of what they need to survive: shelter, food, and, yes, companionship. Dogs are social animals too, when they “go wild” they revert to type. They are still puppies, but they join in social groups.

Cats, on the other hand, slide through our grasp, go through puberty, and “enroll” at full maturity. They are mature animals. As such, they are not as dependent on humans for survival. Cats are successful and lonely hunters. They come together to mate, to have offspring, but wild cats generally don’t run in packs.

Both “domestic” dogs and cats understand that they cannot open cans of pet food, much less go shopping. They depend on us for comfort. Dogs, being large puppies, take advantage of this characteristic more than cats. Dogs will do anything to please us, so we will continue to feed and protect them. Cats, not so much.

With this as a background, let’s consider how we select a pet.

To create a successful partnership, get a pet as a successful companion, there are some inflexible rules that most of us ignore.

To get a partner successfully, in most cases, we get it all wrong. We go into a pet store and choose what we think is the cutest, or cutest, or most playful, or some other criteria that we think will make the animal a suitable companion.

I’ll give you an awkward rule: don’t select the animal. Let the animal choose you!

A few years ago, I was talking to a good friend of ours who had just returned from an animal rescue shelter with her newly acquired dog. It was a “recovered” greyhound. Sad to say, it looked pretty tattered. His mottled coat of many colors and shades, his stumbling gait, his fear of stairs, all made him seem like an unlikely mate candidate.

Wow, I never chose THAT dog!

But my friend explained it to me. When he went to the animal rescue center, he was advised to “walk around the facility and look at all the dogs. Those who would make good companions will select you!” So it was. As she walked among the dogs, most of them ignored her or politely stepped aside without looking at her. Only this dog began to follow her. After a while it became obvious that this dog “liked” her and wanted to join her as her companion. So, he followed the advice of the shelter and the two immediately bonded. As she said, it didn’t matter what the dog looked like or what quirks it had. It was obvious from the start that the dog wanted to be his companion and he wanted her to be his.

We meet a few years later. My friend admitted that this “rescue” dog was the best companion she ever had. He was obedient and went out of his way to please her. She was very pleased with “her” choice.

I found that the same technique works for mature cats (I am a fan of cats, they are more independent than dogs and easier for me to care for).

After our twenty-two year old Russian Blue finally succumbed, we decided to try a Bengal cat. Bengalis are supposed to love water, and that piqued our curiosity. So we went to a reputable kennel and I just toured the facility. Most of the cats ignored me. Some politely relented, but weren’t really interested. One, however, began to follow me. When I sat down, the cat jumped onto the seat next to me. I tentatively reached out my hand to caress her. When I reached out, he smelled my hand, then immediately got up and vigorously rubbed my hand and arm. Then he jumped onto my lap! I knew right then that this was my partner. What surprised me was that the cat was courteous to my wife, but generally ignored her! But he also found a Bengal that he really liked. So we went home with a couple of Bengal cats. They are with us to this day: one flatters me and the other never leaves my wife’s side! Also, during the day when we are working, the two cats enjoy each other’s company. They play together, share patches of sunlight, and generally have fun. That keeps them young (older, single cats get bored, so they spend most of their days sleeping. Not these two!)

I have to admit that “my” cat has figured out how to open a glass bathtub door. So when I’m in the bathtub, relaxing or reading, most of the time, “my” cat comes in, opens the door, and goes into the water with me. Bengalis love water!

Other mistakes people make when selecting a pet.

The most painful thing is selecting a pet to replace a lost one and expecting the replacement pet to act immediately and be the same as the one that died. Nothing can be further from the truth.

As an animal selects us as its companion, we forget that our lost loved one had been with us for many, many years. We learned his quirks and he learned bears. That bond didn’t happen overnight. Neither will your bond with a replacement animal. We must understand that it can take a long time, perhaps years, for the new animal to act on us as our beloved lost pet did. Understanding that bonding and growing together takes time, and that the new animal is unique and different from our old companion is something that most people do not understand or accept.

So they spoiled the new relationship from the beginning.

A little less enthusiasm, a lot more empathy, and we will raise a new companion who will be as firm as our old pet. But the relationship will be different from what we had before. After all, this replacement companion is not a clone of our beloved. Until we accept this, trying to adapt replacement partners will always be an unsatisfactory experience.

The other aspect of selecting a replacement pet goes back to my original statement: Let’s let the pet choose us, not the other way around.

There is an exception. Let’s say we want a pair of newly weaned kittens. Having a pair of cats preserves the innate joy and youth of cats. These newly minted animals may or may not have a “people preference” built in, but you never know. It’s safe to say that babies are more malleable than mature animals.

But follow the same rule: make sure the animal chooses and accepts who its new owner will be, and not the other way around.

In general, in my experience, male cats prefer female cats and vice versa. But there are exceptions. One of my staunch companions, when my wife was not around, was a Siamese man. He didn’t want me to hug him, but he enjoyed sitting next to me. Sometimes that was a bit awkward when I sat in a wing chair, but we accommodated each other. It was like he was saying, “I’m your Bud, but I’m YOUR partner!”